Sunday was just that kind of day. It wasn’t planned that way. It just happened that way. Still, there were some good parts to the day.

One thing before we go on. My body clock is still on East Coast time.  Turning in at 9pm and getting up at 6am is not the norm for me. But the things have been happening on this trip, it has helped quite a bit…..until today.

Our group met at the Bob Hope airport train station at 10am PDT. We were scheduled to board our private cars attached to Amtrak train #14, the Coast Starlight, at 10:29am. That didn’t happen. Our tour guide Adam was on the phone with his people and before the train even left Los Angeles Union Station, the air compressor, which provides air to operate the train’s brakes, on the lead locomotive failed. Departure time for LA was now delayed one hour as a replacement locomotive was located and hooked up. Add to that some more delay and the train finally departed LAPU at 11:22am PDT. Twenty nine minutes later, number 14 was at Bob Hope Airport station and we got on board our private cars. And on we went. While at BHA, I got a few shots: 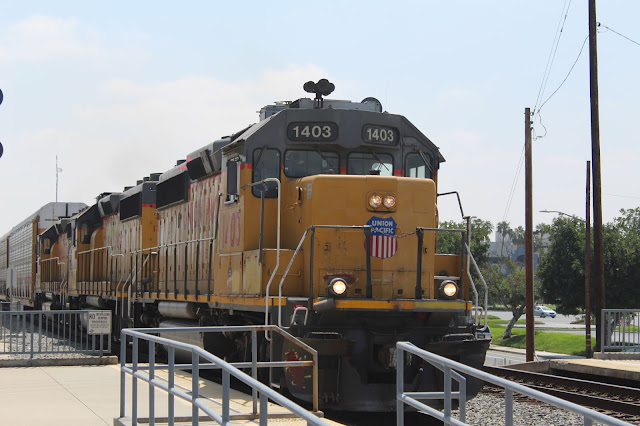 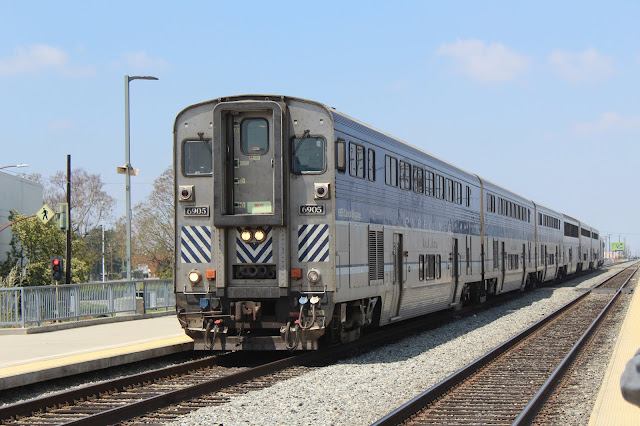 The towns that we went thru are part of the country’s fruit belt. Acres and acres of strawberries could be seemed along with acres of cabbage and lettuce. Soon after, number 14 was hugging the California coastline with beaches and campsites along the way.  This is serpentine track. 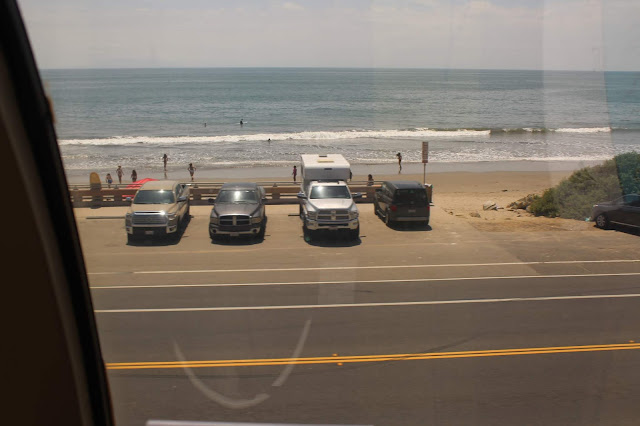 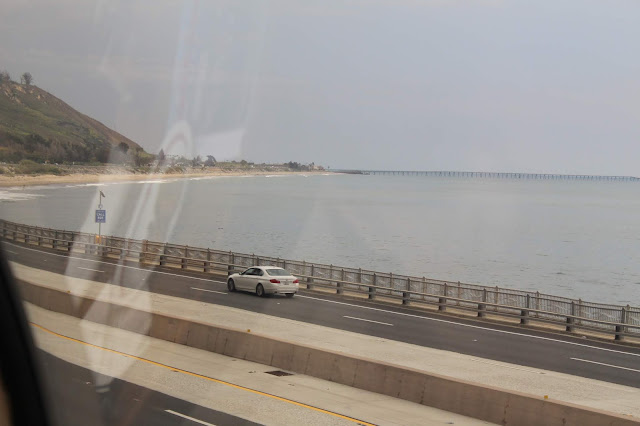 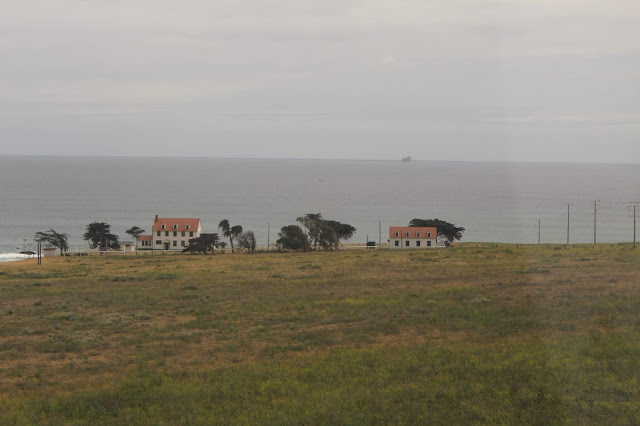 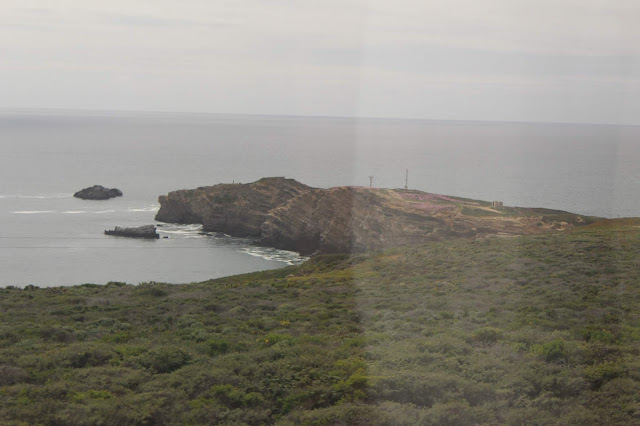 Our train moved along like a snake swimming thru the wild grasses. Oil well platforms could be at the Earth’s edge of the Pacific Ocean. All I could think of was ‘Next stop, Hawaii”. 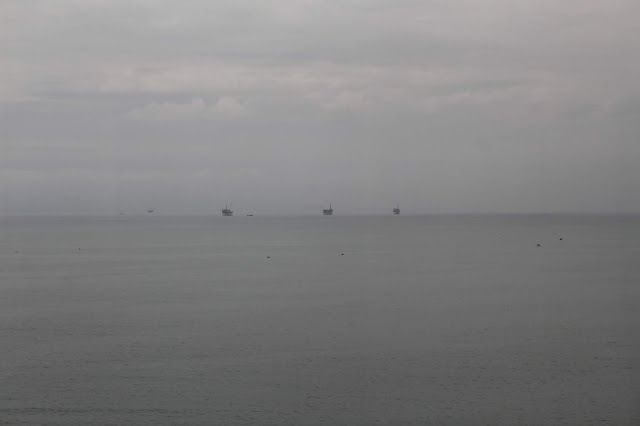 Upon departing Paso Robles, California after a 10 minute stop, our train began a very unique journey. We started to climb quite a bit and went around these very tight horseshoe curves to the point that the higher we rose, you could see the train track and the valley that we climbed out of. Highway 101 was crawling northbound and we had the advantage on those drivers. After going thru a series of short tunnels, we finally topped out and continued our journey. 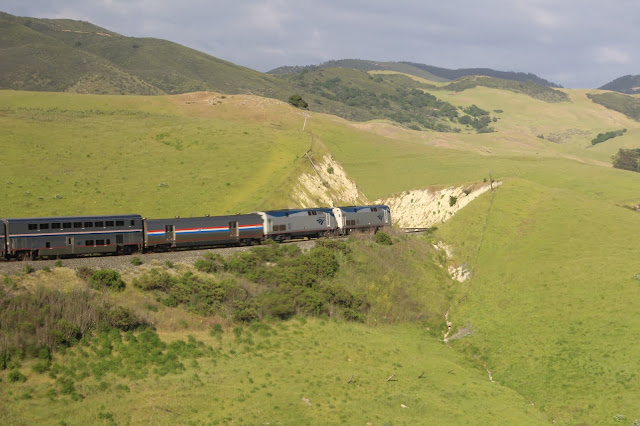 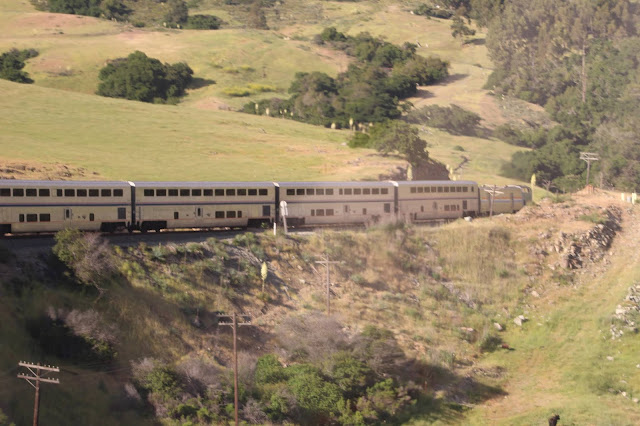 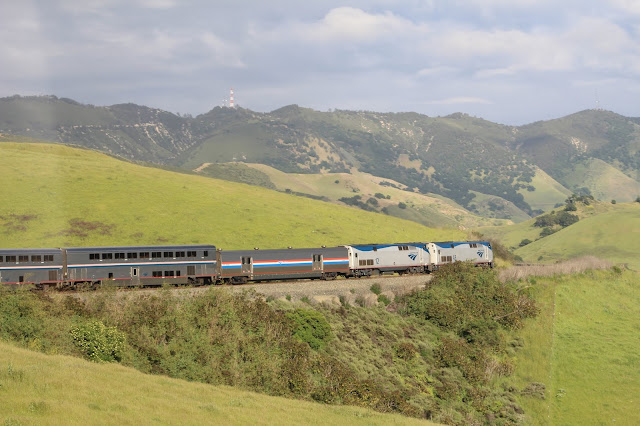 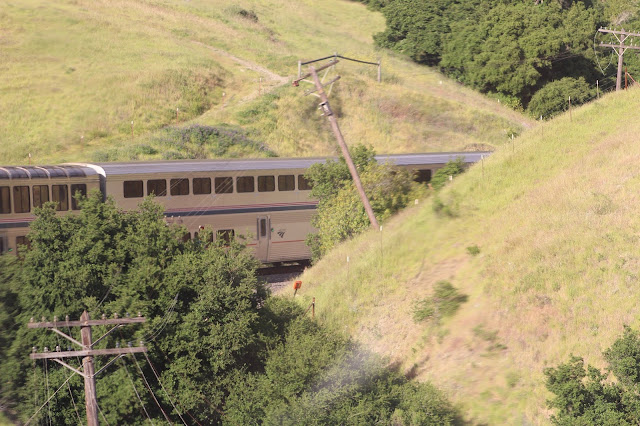 As we continued, our train lost a little more time here and there to the point that instead of arriving at 11:59 PM PDT in Oakland, It was now 2:20am PDT when we finally arrived at Sacramento Valley Station. By the time I got to my hotel, took a lovely hot shower and crawled into bed, it was 6:18am EDT. Sorry, but my body clock is still on East Coast time.

Monday morning I got up at 10am PDT. Man, did I sleep well!! Once up and about, it was time to meet another old friend from Channel 8 whom I had not seen since his departure in July 1997. His name was Scott Thompson who is originally from Tacoma, Washington. Scott works for the Pack 12 Conference in San Francisco. We met at the hotel and then walked over to the California State Railroad Museum. We joined the 11:30am tour of the museum and then it was on to grab some pizza and gets caught up on 21 years. Not enough time to say the least but it was great to see Scott again.
After we parted ways with my promise to swing back out here next year, it on to the big tour bus and a ride up to Donner Pass. Due to still a lot of snow in the area were we were supposed to do a walking tour, we were brought to the Donner Pass Visitors Center were we saw exhibits about the Donner Party and how the Chinese helped in building the Transcontinental Railroad. And Mother Nature deceived to add some fun with a combination of heavy rain and thunder hail which started to add up like slurry in the drainage ditches. 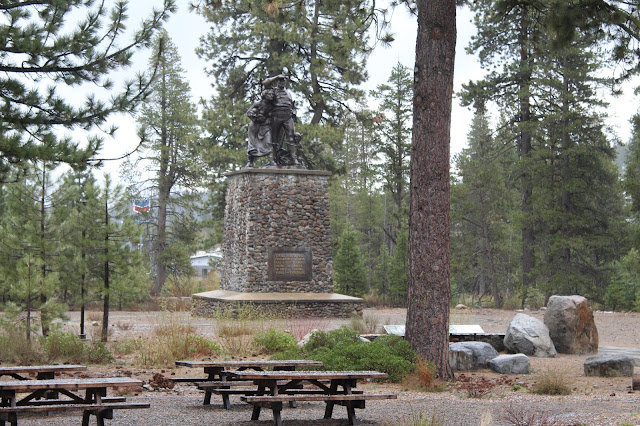 After the station, it was on to Truckee, California and a visit to the historic railroad town.named Truckee. While we are there, I could not help but see what I thought was an almost 20-foot high pile of dirt. Upon closer inspection, it was a HUGH pile of snow left from the past winter. One of the Truckee volunteers said it was twice as high 3 weeks before. Suffice it to say that had A LOT of snow.  We also took pictures of an old rotary snow plow and a steam-powered work crane. 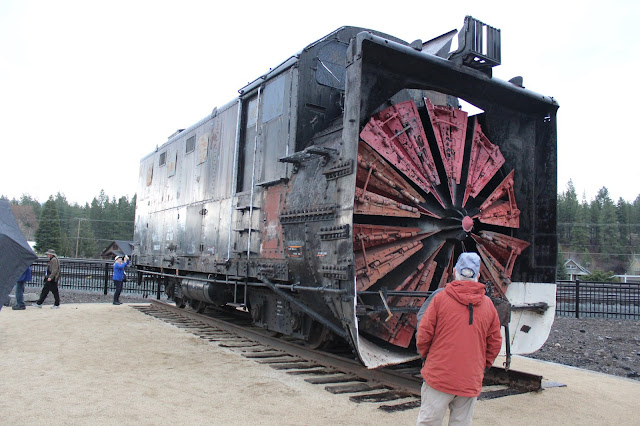 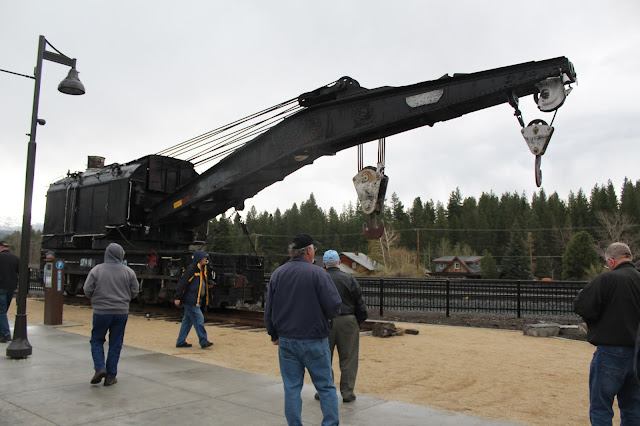 The volunteers from Truckee were very helpful with their information. With the occasion rumble of thunder all around us, it was time to get on the buses and head back to Sacramento. We are treated to a cash bar and delicious dinner. We heard from the Trains Magazine representative, retired Kalmbach publisher Kevin Keefe, who set up the trip for us and we received 2 complimentary DVDs on the Transcontinental Railroad and Promontory Point.

And a little more about part of our trip. When we were on the Southwest Chief, we climbed a part of the railroad thru Raton Pass north of Albuquerque, New Mexico. You saw pictures of that back in Part 5. This single track sees only sees both Amtrak Southwest Chiefs. Nothing except for maintenance trains.

The track is in great shape. On the journey climbing up the pass, we lost our HEP, head-end power, which supplies electricity to the cars. The trailing P40 went offline as we were climbing the hill. Seems the locomotive overheated due to a missing cap on the radiator. We able to still continue climbing but at a reduced speed. By allowing some time for the locomotive to cool down, the fireman was able to restart the locomotive. Upon arrival in Albuquerque, the loco got a drink and all was OK after that.

Anyway, more traveling on Tuesday as we get back on our private cars and head to our next destination of Elko, Nevada. Along the way, we  will ride thru Donner Pass. Hope you are enjoying your reading. Please stay tuned.

I am Philip J Zocco. On The Road. In Sacramento, California.