I Love LA is a song about Los Angeles, California co-written by Randy Newman and recorded by Newman. It was originally released on his 1983 album Trouble in Paradise. The hook of the song is its title, repeated, each time followed by an enthusiastic crowd cheering, "We love it!"

And so it was that I am in Los Angeles for the very first time. I have been to the West coast before back in October 2006 but my first time to Southern California. It is nothing like I have seen or been to before.  The very first thing that caught my eye was the very tall and slender trunk palm trees. 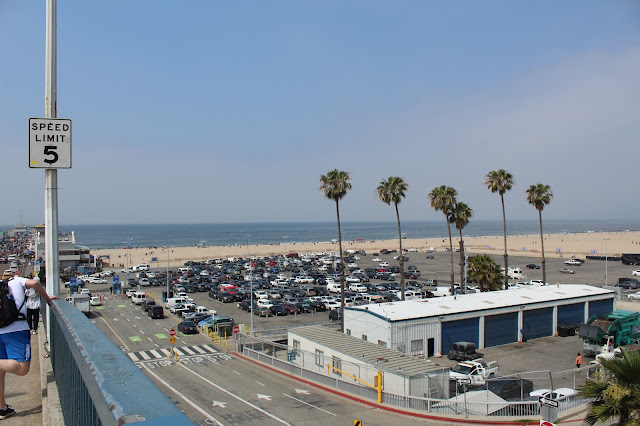 I mean, in all of the years that I have seen them through news stories or on TV or in movies, it is really quite cool and even cooler was arriving at what was known as LAPUT which is Los Angeles Union Station. Not only does Amtrak have its operations here but so does Metrolink commuter rail and the Amtrak California services which handles trains specificity for Southern and Central California.

Part of my trip was seeing some old friends. My first was Sara Welch who is a general assignment reporter for KTLA-TV5, the Fox affiliate. 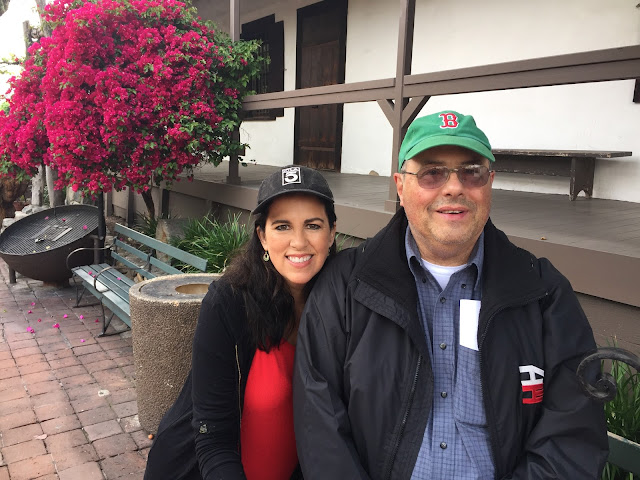 I met Sara and her husband Bob and their 2-year old son Bo. We left LA and headed for Santa Monica and the world famous Santa Monica Pier. Breakfast was at the renowned Jinky’s just a couple of blocks from the pier and the Pacific Ocean.  French toast, home fries, tea and orange juice were on menu and were delicious.

Once Sara and I said our goodbyes (busy family life), I proceeded to the Santa Monica Pier. The place was pretty crowded but it had a very festive atmosphere. One thing was the music. Three musicians were there working for their tips. 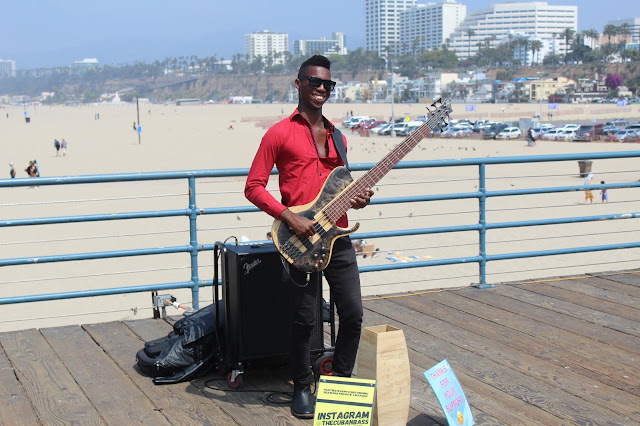 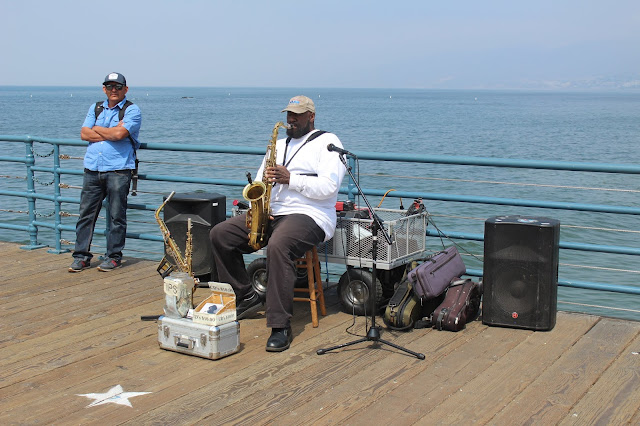 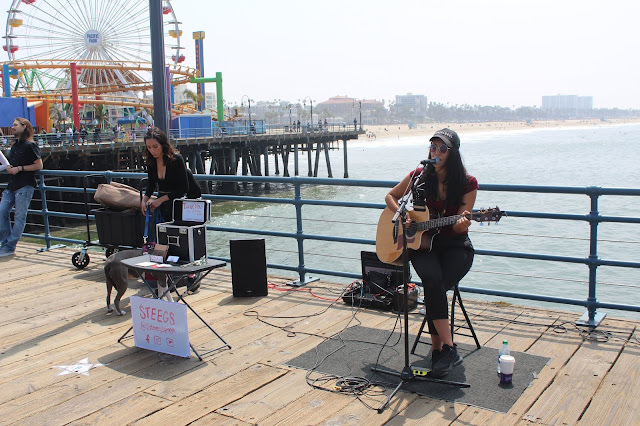 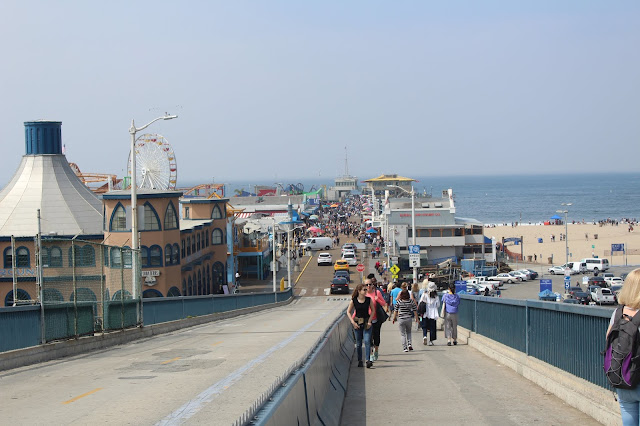 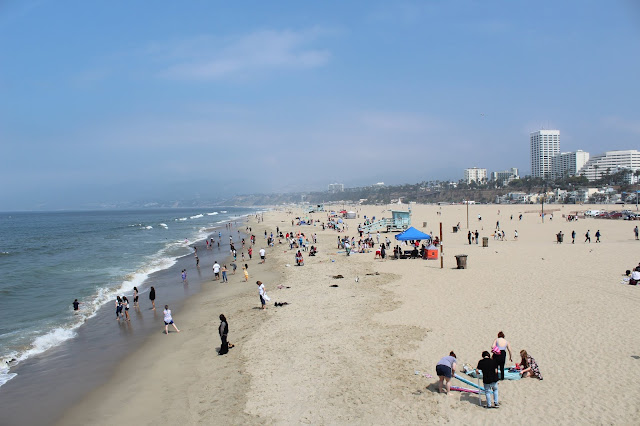 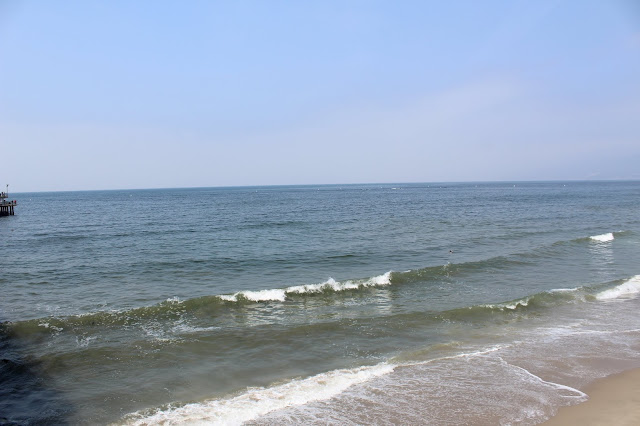 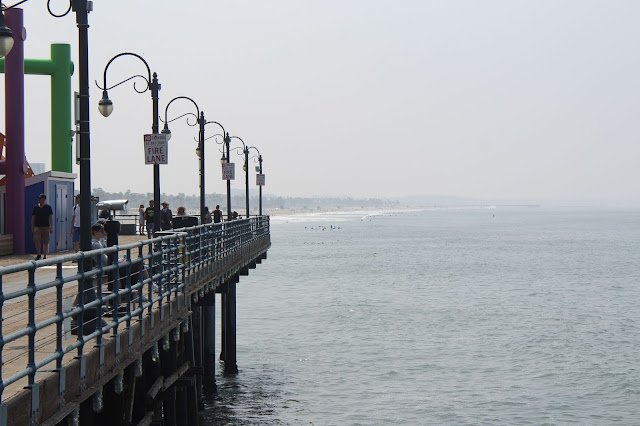 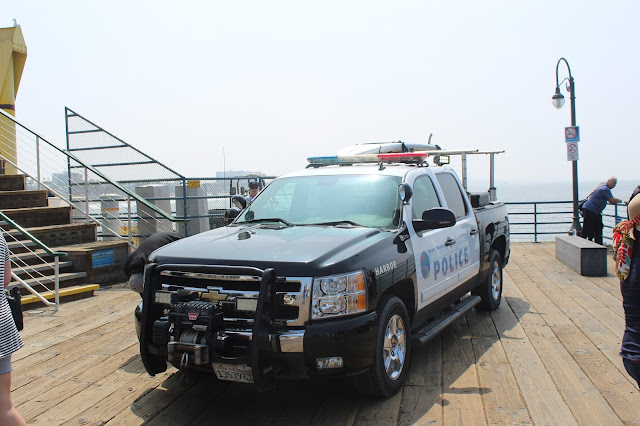 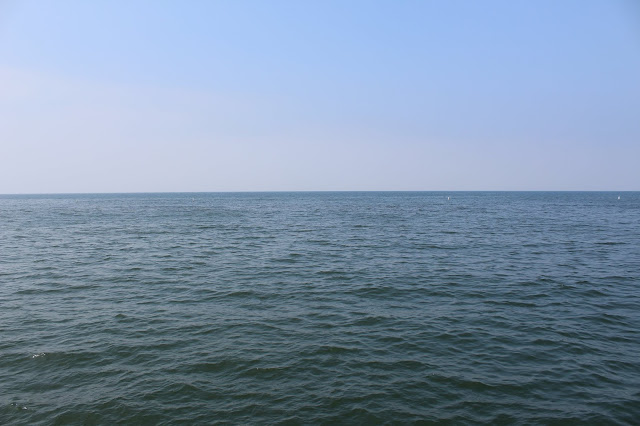 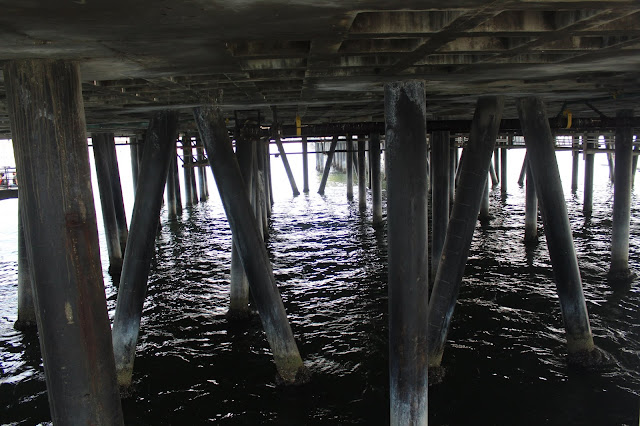 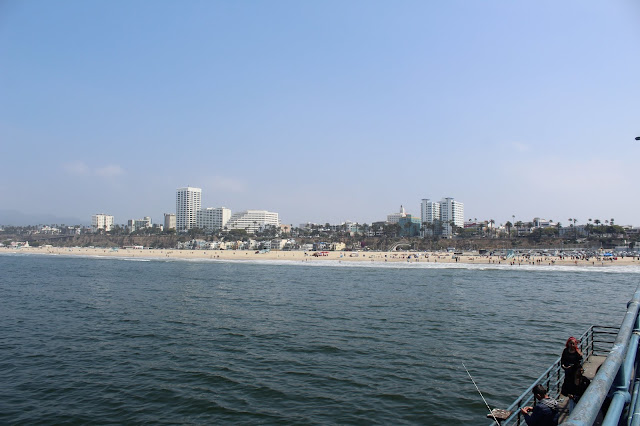 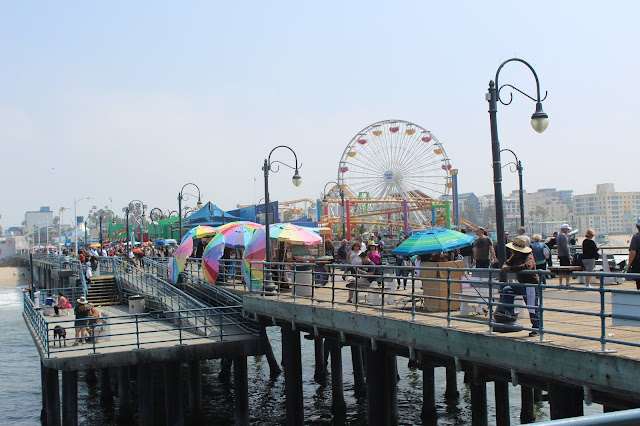 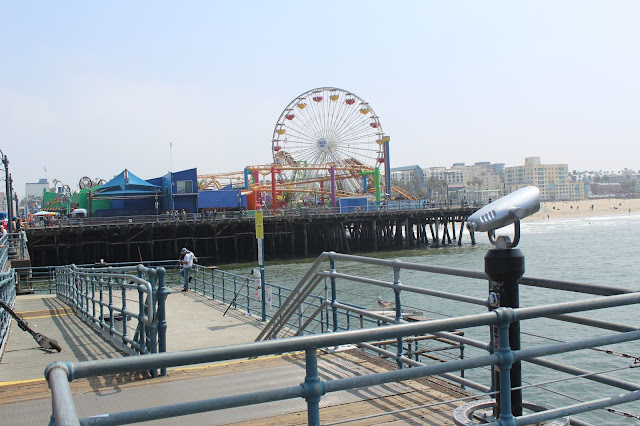 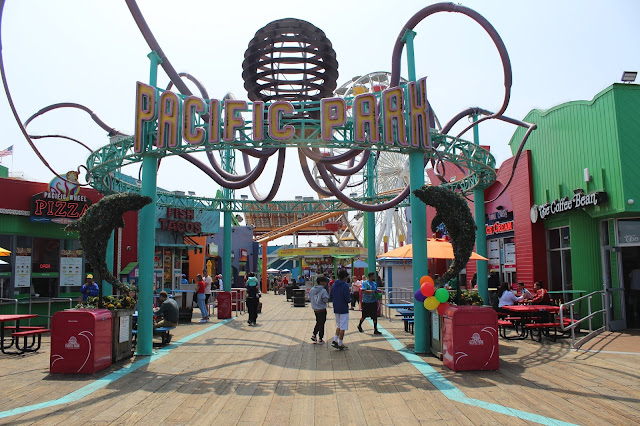 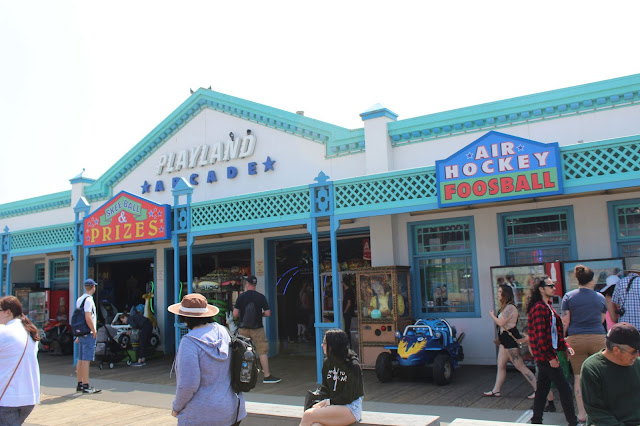 After that it was on to the Metro Santa Monica station and I hopped aboard the Expo line to the 7th Street station near downtown LA. I then decided to get a Lyft ride which took me to the Marriott Burbank Airport Hotel in Burbank near the Bob Hope International Airport. Suffice it to say that my first hot shower in over two days was very refreshing was an understatement. Once scrubbed up, it was time for a nap on a very comfortable king size bed. Upon awakening, it was time to see the running of The Kentucky Derby. It’s weird when I would normally watch it at 6pm EDT when it is airing in the middle of the afternoon in Los Angeles. And even weirder is seeing a Stanley cup playoff game at 4:30pm PDT.

At about 6pm, it was another Lyft ride, this time to Santa Clarita, California to meet up with my ham radio friend Dick Miller, KJ6W and his wife Lynne. Dick and I have known each other for almost 17 years but had only heard each other’s voice and we had never seen each other in person, or as we say in ham radio parlance, an eyeball-to-eyeball meeting. Dick and I first met on a radio/Internet system called IRLP, the Internet Radio Link System, which was created by David Cameron, VE7TLD of Vancouver, BC Canada, back in 1998. IRLP is a bunch of ham radio repeater systems that uses the Internet to tie it all together thru VOIP or Voice over Internet Protocol. So on this trip which was leading me to California, it was deemed that Dick and I were to finally meet. We met and had dinner at a restaurant called Rattlers and a nice 2-hour dinner. After that, it was another Lyft ride back to the hotel and the end of the day. Truly today, it was just great.

Sunday, it is back on the train from LA to our next location in Sacramento, California. The journey continues. Pleas e stay tuned.