“The ONLY Way to Travel”

Our train, Amtrak’s Southwest Chief, travels between Chicago to Los Angeles and back on a daily basis.  At times, the railroad works with AAPRCO Inc., the American Association of Private Car Owners. And they worked with our travel company, Special Interest Tours, who worked with Trains Magazine and Altiplano Tours, to put this whole trip together. So in the interest of the shameless plug, some info: 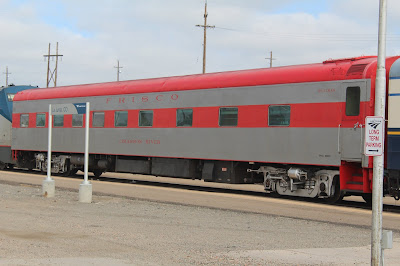 The CIMARRON RIVER is a 1948 Pullman sleeping car which has been upgraded to operate on today's Amtrak and private trains.   It sleeps 20 people, and has a shower and small galley.   CIMARRON RIVER is available for charter for group travel on Amtrak trains throughout America.   Meteor Rail, Inc. owns and operates the car.   In addition to charter service, Meteor Rail operates several public trips each year. More infomation @ http://www.cimriver.com/ 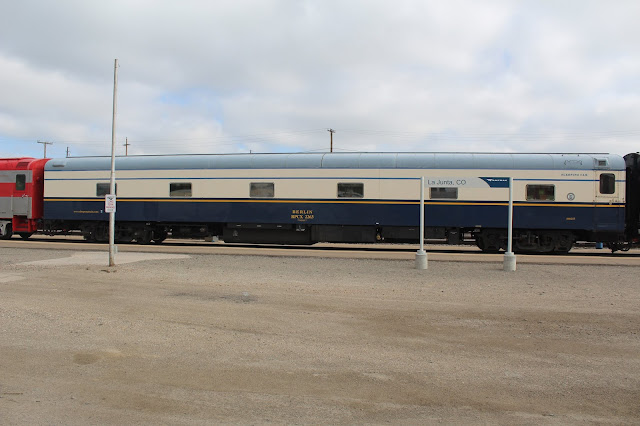 The BERLIN Sleeping Car travels by being added to Amtrak trains. The Map of Amtrak routes gives you an idea of the possible train vacation destinations that you may wish to consider when planning your itinerary. The BERLIN Sleeping Car may be chartered by a family, group of friends, corporate travel or any combination you desire. When you charter your private railcar, you create your own luxury railcar trip. You determine where you want your private railcar excursion to go - which route you want to take - and how long you wish to stay at your "train vacation destination."  More information @ https://www.berlinsleepingcar.com/ 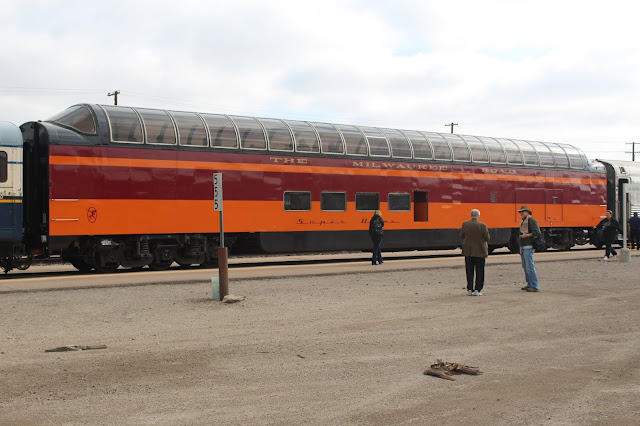 The Super Dome was a Dome car built by Pullman-Standard for the Chicago, Milwaukee, St. Paul and Pacific Railroad ("Milwaukee Road") in 1952. The ten Super Domes were the first full-length dome cars in revenue service, first operating on the Olympian Hiawatha and Twin Cities Hiawatha in late 1952. Although a mixed blessing in passenger use, the cars garnered much publicity for the Milwaukee Road and several remain in operation. More information @
https://en.wikipedia.org/wiki/Super_Dome_(railcar) 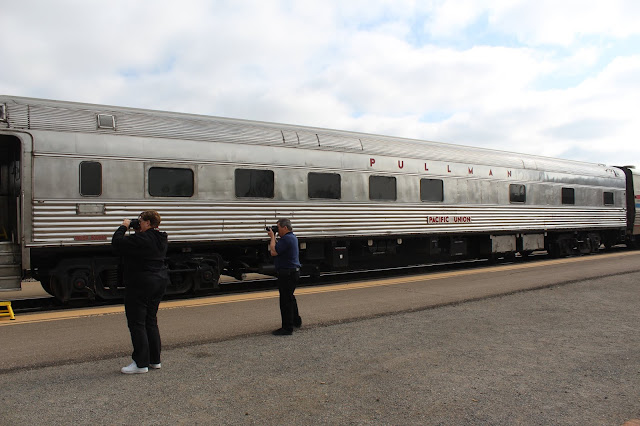 The Pacific series was a fleet of fifty lightweight streamlined sleeping cars built by the Budd Company for the Union Pacific Railroad in 1949–1950. Each car contained ten roomettes and six double bedrooms. Union Pacific sold several to the Chicago, Milwaukee, St. Paul and Pacific Railroad (the "Milwaukee Road") in the late 1960s; Amtrak purchased most of the fleet in the early 1970s. Several remain in use as business cars. More information @
https://www.classicstreamliners.com/rpc-pacific-series.html 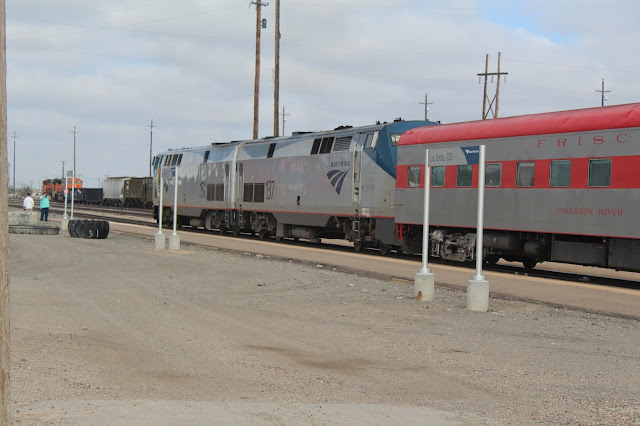 General Electric Genesis (officially trademarked GENESIS) is a series of passenger diesel locomotives produced by GE Transportation, a subsidiary of General Electric. Between 1992 and 2001, a total of 321 units were built for Amtrak, Metro-North, and Via Rail. The Genesis series of locomotives was designed by General Electric in response to a specification published by Amtrak and ultimately selected over a competing design presented by Electro-Motive Diesel (EMD).

The Genesis series are the lowest North American diesel-electric locomotives. This height restriction allows the locomotive to travel easily through low-profile tunnels in the Northeast Corridor. The Genesis series is lower than even the previous-generation F40PH by 14 inches (356 mm).
More information @ https://en.wikipedia.org/wiki/GE_Genesis 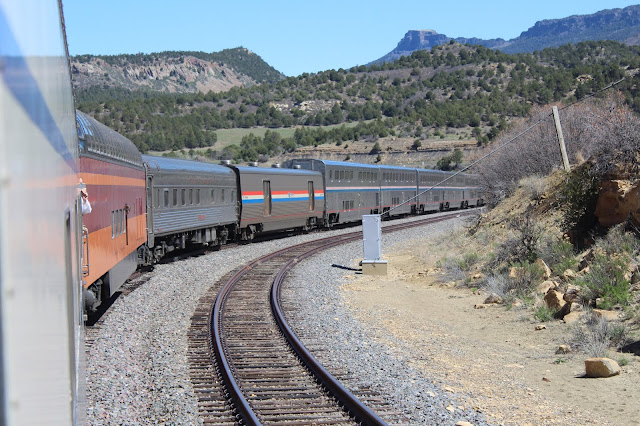 The Superliner is a type of bi-level intercity railroad passenger car used by Amtrak, the national rail passenger carrier in the United States. Amtrak ordered the cars to replace older single-level cars on its long-distance trains in the Western United States. The design was based on the Budd Hi-Level vehicles, employed by the Santa Fe Railway on its El Capitan trains. Pullman-Standard built 284 cars, known as Superliner I, in 1975–1981; Bombardier Transportation built 195, known as Superliner II, in 1991–1996. The Superliner I cars were the last passenger cars built by Pullman.
Car types include coaches, dining cars, lounges, and sleeping cars. Most passenger spaces are on the upper level, which feature a row of windows on both sides. The Sightseer Lounge observation cars have distinctive floor-to-ceiling windows on the upper level. Boarding is on the lower level; passengers climb up a center stairwell to access the upper level.

The first Superliner I cars entered service in February 1979, with deliveries continuing through 1981. Amtrak assigned the cars to both long-distance and short-distance trains in the Western United States. The first permanent assignment, in October 1979, was to the Chicago–Seattle Empire Builder. Superliner II deliveries began in 1993; the additional cars enabled the retirement of the aging Hi-Level cars and the assignment of Superliners to trains in the Eastern United States. Tunnel clearances prevent their use on the Northeast Corridor.

Anyway, that’s the information for our choo-choo train. Saturday we meet up with some old friends: one from my TV past and one from my ham radio present.